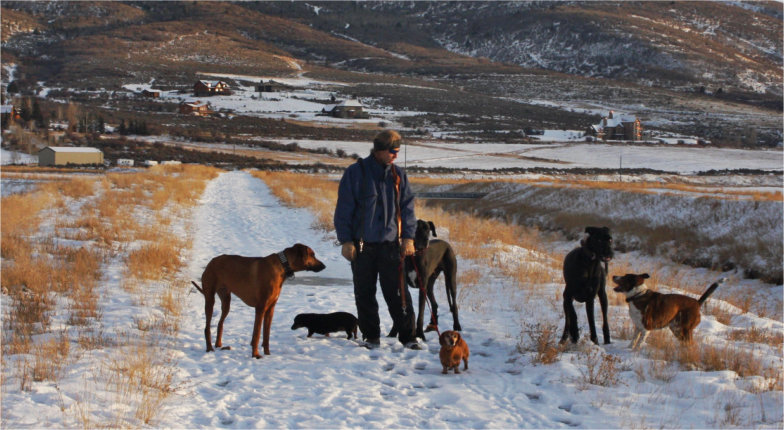 We walk twice a day, rain, snow or shine. After feeding them the right food I believe exercise is the most important aspect of a dog's life. Lack of exercise could lead to all sort of psychological issues with dogs. Dogs are simple creatures and do require very little in life; Good food, exercise and love. If you provide that you will have a wonderful companion for many years.

The pack consist of 6 dogs and 2 cats. They are all raw fed and in great health. 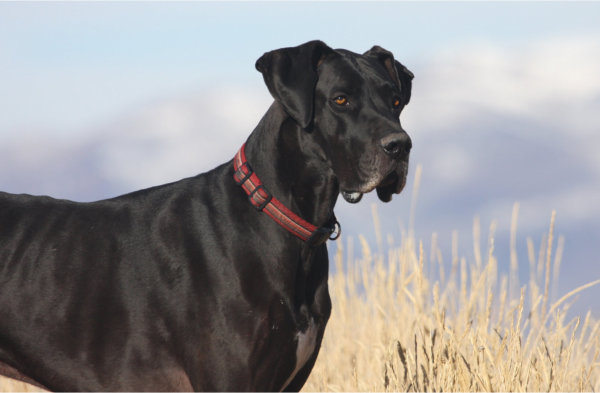 Camelot - (Great Dane, born 2007) is the thinker of the pack. Having had a very rough start in life, he needs routine and he isn’t overly playful with the other dogs. He raised Odin, so they play together and he seems to have taken a shine to his new sister, Mia. Neither of them knows how to play with other dogs, so it is heartbreaking to watch them trying to figure it out, but we know they will become best friends at some point. Camelot loves nothing more than a good old ear rub at the end of the day. He never demands affection but once you start, he will pull your hand back with his paw again and again, so that you keep on petting him. He is a quiet and very loyal companion.

Odin (Great Dane, born 2011) is the jokester of the family. His head appears to be full of rocks, where brains should be. Life is just one big game to Odin. He has a habit of jumping straight up, about a foot or two in the air, before commencing play with the other dogs, which is a sight to behold in such a large dog. His favorite game is chase - but he is the one being chased by Mia and Elvis. He has the sweetest temperament and couldn’t be serious if he tried - but he would never try. He loves attention and isn’t too keen on any other dog getting attention in his presence. Oh yes, it is ALL about Odin :-) 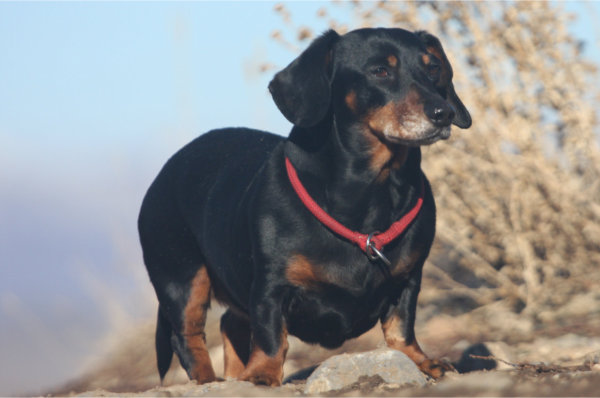 Mocha (Miniature Dachshound, born 2005) is another one with a lot of heart.   She joins the pack for almost every walk and doesn’t seem to realize that she isn’t a Great Dane. She is very affectionate but don’t even think about stopping stroking her or she will put her head under your hand and demand more love. She is very expressive with her whole body and always happy. She jumps up and down and gets very excited when she knows she is going to be picked up. Her tail is in constant motion as she is constantly happy. She can walk as far as the bigger members of the pack and her favorite playmate is Freya the kitten. 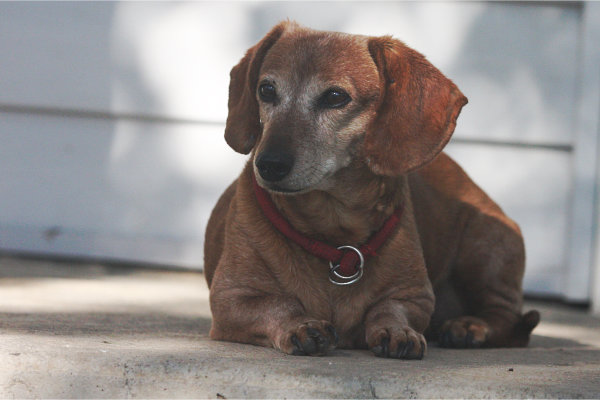 Cinnamon (Miniature Dachshound, born 2002) is the old girl of the pack and as the eldest, she has earned her right to be Queen Bee - a role she fills well. You can tell she is from New York as she has New York style - she is very particular about where she sleeps and a New York attitude. She can’t do every walk with the pack as it is sometimes too cold and she gets a little tired and distracted and being deaf, she can sometimes be seen wandering in completely the opposite direction from the rest of the pack. She doesn’t care though - she’s from New York - she walks her own path. She likes nothing more than snuggling next to her human on the sofa in the evenings. 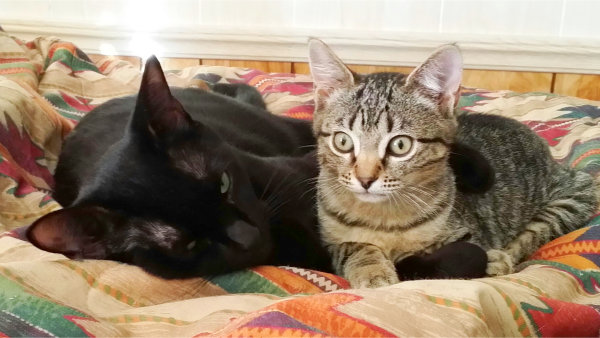 Thanks to Odin who, also goes by the moniker “the Kitten Finder”, we also have two cats in the family: Kiki (born 20012) and Freya (born 20013). Odin found both cats, as kittens about a year apart, in the dead of Winter, in the yard. Had he not found them, they would not have survived the night. Tom was worried about introducing Freya to Kiki but Kiki took to the role of mother like a pro. She has adopted Freya and they lie hugging each other all night long.

Read 16838 times Last modified on Saturday, 16 December 2017 15:35
Rate this item
(5 votes)
Tweet
Tagged under
More in this category: « About Thomas Sandberg How I feed »
Login to post comments
back to top