Actually, we are not quite sure - he stopped eating and after several trips to the vet and all kinds of tests (x-ray, ultrasound, blood panels, antibiotics, then meds for stomach upset, predisone, etc. etc) they found ulcers in his mouth. One rather large ulcer was removed and sent in and the diagnosis was melanoma. The mouth/ulcers were healing up with treatment and he should have started to eat, but he would not.
He was restless, skittish, and without energy, and of course lost a lot of weight very rapidly. Our vet referred us to a clinic with specialists who were unable to find anything definitive that would explain why he was not eating, and rather that starting with MRI and endoscopy etc. we decided to let him go. He was so miserable and seeing him not getting better at all, we did not want him to have to suffer any longer.

He is a rescue so no history on him. Vet diagnosed thyroid disease about 9 months ago, which is controlled well with daily pills now. His weight is almost where it should be now.

Leo, the Great Pyrenese mix is a very unique character, who was picked up as a stray, escaped from the shelter and it took a while for them to recapture him. When he was picked up he had heartworm and was subsequently treated with injections - the kind where he had to be crated for a long time. We also found that he had been shot with bird shot at some point in his life. We adopted him when he was about five years old (in the spring of 2012) and started him on raw a few months later. He is now a happy enough dog, who seems finally comfortable in his home and with his people.

We have opted to keep vaccinations to a minimum for both dogs (probably only rabies - the one that is good for three years) and we are also cutting out the flea and tick topic (K9 Advantage or Frontline) and are using rose geranium oil to repel the little buggers. That seemed to work pretty well last summer - maybe it is due to their overall better health now that they are being fed raw. I hope so. As for the heartworm prevention, we started to only give it every other month and will probably only give it to them two or three times this year in the height of summer (we live in New England) Of course, they will have a yearly heartworm test. 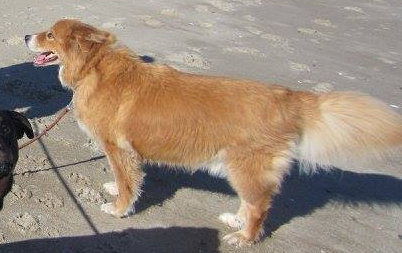