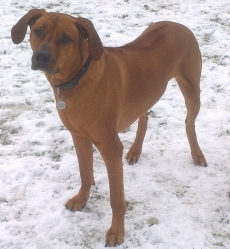 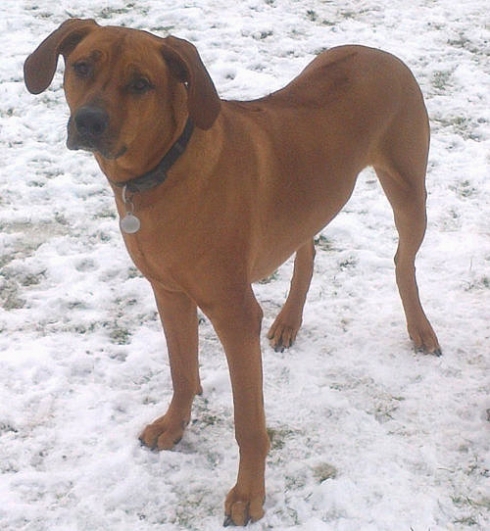 Hi, Well Lucas has suffered with yeast problems in his ears almost constantly since I've had him and he has always been fed kibble on so called good quality one's too. After numerous vet visits and much cost later to try and resolve this nothing has worked. I decided to read up about the BARF model and thought it would be worth a go. The more I've researched the more and more sense this has made to me, and I just can't believe I'd never even considered it before. I admit It was a little daunting at first as I didn't want to miss vital nutrients from his diet so have done my research. For the 1st two weeks I got him used to it by just feeding chicken wings and legs mixed with various vegetables and fruit. I also gave him whole sardines twice a week.

I worked out that his ideal weight should be 40kg so I've decided his daily intake should be 1kg a day split into 2 meals. From the research I've done, I'm working on the basis that 50% of this will be raw meaty bones, chicken wings, Chicken legs, lamb breast, pork necks etc. Then 5% heart, 5% liver and 30% muscle meat and the last 10% a mixture of veg.

I've decided to split the meals into two and give him the 50%(500g) of raw meaty bones (once or twice a week this will be fish) in the mornings. Then in an evening I feed him the other 500g of heart, liver muscle meat and veg as described in the above percentages. I have a variety of meats so I can give him the variety and will also add eggs and fresh yoghurt a few times a week to this..