Hamish is a border collie from working lines. He used to herd sheep, but not any more. He was always very active and it was difficult to put weight on him. When he became elderly, around ten, he was less active and went up to 40 pounds, which is still lean. As a young dog he ate a variety of food, chicken, beef, eggs..As a puppy I supplemented Vitamin C as I had read C helped prevent hip dysplasia. I initially had him on BARF but over time omitted the oatmeal etc. and went to a prey model. At about 9 he dramatically lost weight and the vet had me give him pancreas. I butchered a sheep and gave him 1/2 ounce of sheep pancreas until it was gone. This seemed to fix the problem. At 11 he was diagnosed with arthritis in his right hip by my chiropractic vet. At almost 12 I had another dog I was giving Vitamin C to and tried it with Hamish. The C has had a remarkable effect on his arthritis. He is now 13 and I believe has lost or is loosing his peripheral vision and has hearing loss. In January he had a stroke and is slowly recovering. He had energy work done as well as Reiki and Polarity. Otherwise, he is healthy 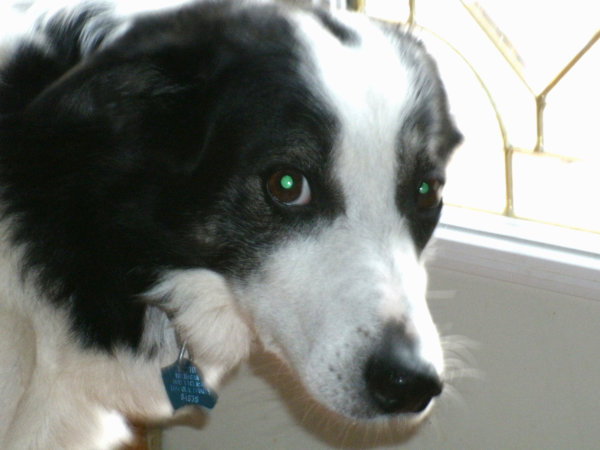