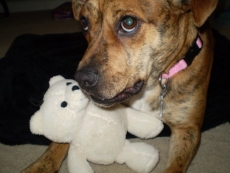 Well, what can I say about Hula? She and I started on this raw journey together because of her severe allergies. We have learned so much together and continue to learn every day. 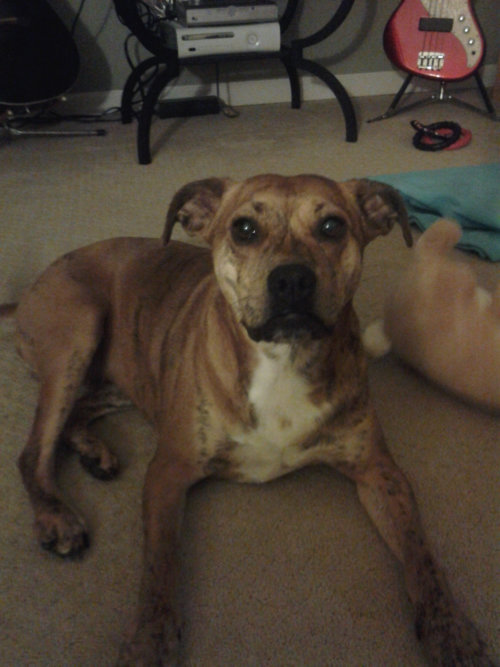 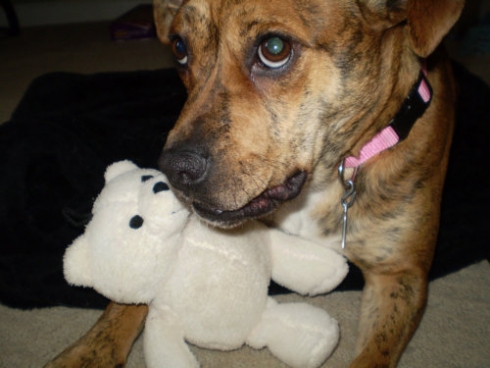 I’ve found Hula through a local Pit Bull rescue. When they found her, she had her mouth duct taped shut. The first thing I noticed was her stink. She smelled BAD! Her eyes were goopy, she had hot spots all over, and had scratched herself raw on her belly. The foster mom thought she may have a corn allergy. So we did a trial run and fell in love. So the next step was to figure out what was causing her allergies. To make a long story short, we tried every grain free food known to man and nothing worked. I was not about have her pumped up with steroids, and I remember a friend of mine who had pitties on Barf. After a year of trial and error, Hula just does better on prey model. She has a stomach of steel and loves everything she gets.

Her staple meats are pork, beef, and chicken. With the occasional lamb, goat, and turkey thrown in. She also gets all kinds of crazy stuff like duck heads, chicken heads, lamb heads, chicken feet, turkey feet, plus all kinds of organs I can get at my locat international grocery. No more stink, no more itch, just a happy pup!