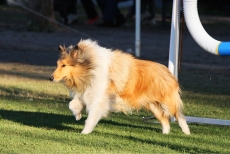 Abby competes in agility, tracking, obedience, rally-o and the conformation ring. She has always been a low drive dog, however, when I switched her to raw her energy levels increased markedly.
She gets fed a combination of raw meaty bones (usually chicken, kangaroo, lamb and some beef), as well as offal and some blended vegetables (as little miss won't eat the offal unless I add vegetables and egg), she also gets raw eggs (including shell) and fish. She gets fed twice a day, so out of the twenty meals over 10 days she gets 1-2 fish meals, 3-5 vegetable & offal meals, 2-4 mince only meals (big training or competition days/nights) and the rest is raw meaty bones. She also gets supplemented with alfalfa, kelp, omega 3, vegemite (adds flavour & B vitamins), garlic ad some joint guard.
She has no major health issues, she is merely accident prone, if she can do anything to hurt herself, somehow she always does! 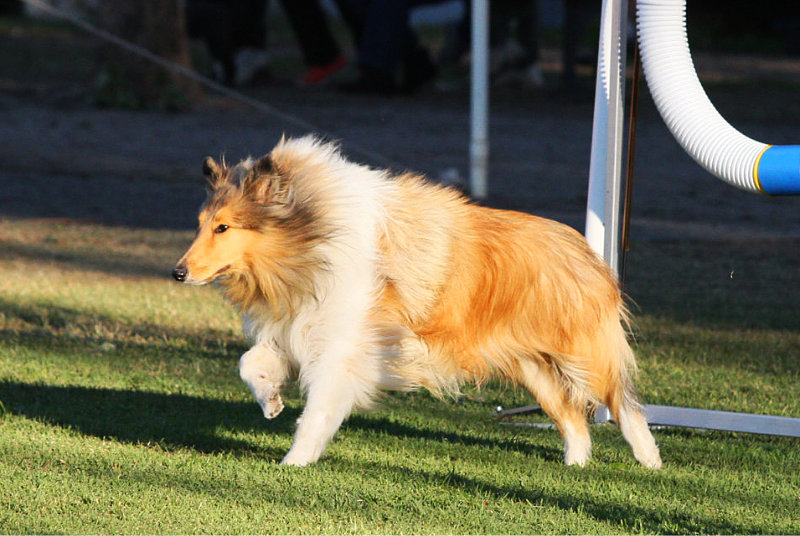